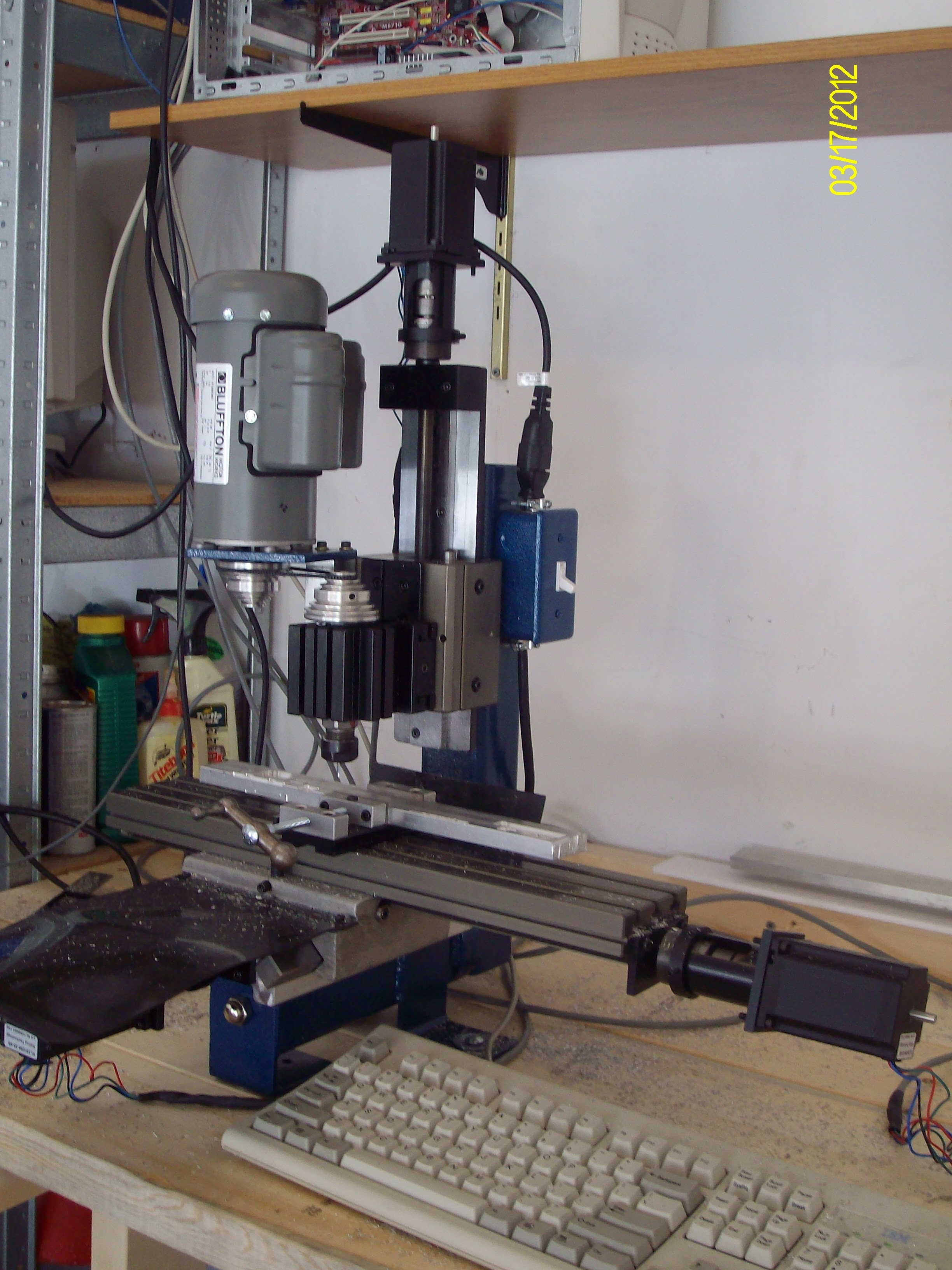 Making robot parts can be tough without the right tools, this post will show you how to procure a great CNC mill for under $1350 dollars!  Now, I considered many different options for making robot parts, but I decided that a CNC mill using subtractive milling would be the best bang for the buck.  I came very close to building a reprap 3D printer, but after reading many reviews I came to the conclusion that DIY 3D printers are not ready for prime time yet. The reasons I make this statement are resolution and raw material cost. The DIY 3D printers work great, but they still need improvement in the area of resolution and don’t make commercial products, yet. Also, the reprap printers use what they call plastic filament for the raw material.  Basically this filament looks like weed wacker plastic wire and is just extruded plastic wire.  This is not a problem but the pricing on the 3D printer filament is outrageous!  The cheapest available 3D printer material filament is around $8 dollars per pound.  I work as a plant engineer in a plastics injection molding plant, so I know roughly the raw material cost of plastics and most plastics sell for less than $1.30 per pound.  So, why is 3D printer material filament so expensive, I’ve seen the filament for sale for $30 dollars per pound!  Recycled plastic pellets are even cheaper and should work just fine in a DIY 3D printer, so why the outrageous pricing for the raw material filament?

Anyway, that’s why I settled on a CNC mill instead of a 3D printer, of course in the future we might be using both technologies.  The above photo shows our CNC mini-mill.  The mill was supplied CNC ready from Taig Tools.  They make a great product and are highly recommended.  I then purchased three NEMA 23 stepper motors from Kelinginc.net. They seem to have a new website Automation Technologies Inc. The NEMA 23 stepper motors I ordered are 355 oz-in models and cost just $140 dollars plus shipping.  I next ordered a 4-axis Toshiba TB6560 cnc driver and 24vdc 15amp power supply for $64 and $37 dollars, respectively.  Here’s the final BOM:

The grand total for the CNC mini-mill was $1336 dollars and it’s a great machine.  I know I went with the el-cheap-o driver, but it seems to work fine.  The only issue with it is the fact you have to leave it off until you run EMC2.  Oh, yeah, I decided on an open source solution for the CNC mill software and it’s called EMC2.  You can read about it at linuxCNC.org and, of course, you need a personal computer to run the software.

Here are some additional photos of the CNC mini-mill we built for less than $1350 dollars: I just used an old PC I had lying around.  In the old days (1991-2001), I would upgrade my PC every twenty-four months or so when processors were constantly changing.  Now, you don’t have to upgrade nearly as often, but I still have 2-3 old computers lying around that I hadn’t given away.  I believe this computer is an AMD athlon which would be equivalent to a Pentium 4 running about 3 ghz.  You’ll need an older computer with a parallel port and I’ve seen similar machines in garages sales for $10-20 dollars or you can buy one from price watch or Ebay for around $200.

In the next post, I’ll show you how to set-up EMC2 and our first cuts.